I learned that lesson when I was six from watching The Lion King…right?

Well, I guess not because my unpreparedness has landed me (haha) stuck at Boston Logan Airport waiting for my golden ticket/fairy godmother to get me home.

Okay, so great, you’re stuck in an airport…your point is???

Okay, okay I know, it’s completely my fault.  I love getting to the airport with just enough time to go through security (and maybe grab something from Starbucks) before boarding that way I’m not forced to wait forever.

And the past few times, I’ve done quite well, barely making it onto the plane or having just enough time to grab a drink before boarding.  But this time my plan backfired and so here I am, on one of  the busiest travel days of the year, stuck in Boston Logan Airport (I fell like this could be some kind of reverse Home Alone…titled In the Airport…alone (haha, clever aren’t I)).

So the moral of this sad, sad tale is to be prepared.  See in life, as writers, as creators, as students, what have you, we must be prepared because you never know what life might throw your way.  For instance, if something goes wrong and you’re prepared then you are that much better to handle the situation but if you’re unprepared, well, not only are your probably very frantic but that situation might just throw you off your feet.

Take the querying process for example:

When you’re querying you probably already know it’s going to be a long process but what if you query too early, before your manuscript is truly ready, well then you’re not prepared and you’re limiting your manuscript’s publishing potential.

This industry is tough and so is life, so unlike me, make sure your work on being prepared that way you can achieve everything you want and more.  And as for me, well…I plan on having a jolly old time sitting here, people watching and stuff.  Maybe I’ll find some writing inspiration.  But one thing is for you, I will definitely be adding “be prepared”  not only to my 2013 goal list but to my end of the 2012 year goal list as well.

How do you prepare yourself for life’s ups and downs???

P.S. Don’t forget to enter my giveaway of E.R. Arroyo’s YA Dystopia, Sovereign!

boy with a hat 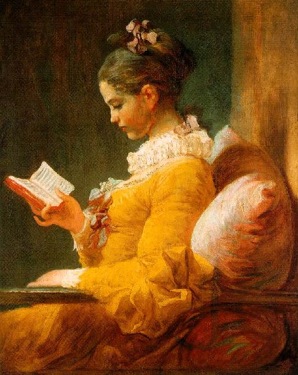 I read because I want to live a thousand lives in one.